Bert and the NHS

How could I not be grateful for the National Health Service? Ok, it's not perfect, far from it, but the benefits, the blessings it has given our family over the years are numerous.

For instance, this morning Bert and I travelled to Whiteabbey Hospital where he had an appointment with a dermatologist. He has this weird growth on the side of his face which popped up on a weird discoloured patch that has been there for years. Bert spent a good part of his early twenties in hot countries and never, ever used sunscreen. In sunny weather at home, he bared as much skin as possible and never used sunscreen. I've been chirping at him for months to go to the doctor. Eventually, he did and his GP said,


Probably just a wart but best to get it looked at by a dermatologist.

The appointment came quickly and the dermatologist said,


Probably just a wart but best to have a biopsy.

And that's the next step. 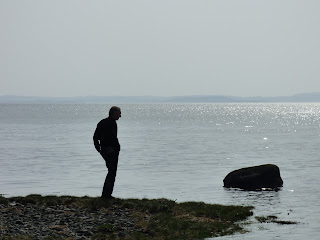 I'm sure it will.