Bert had his biopsy today. We were to leave the house at half-past two for his appointment at half-past four. This was to give us time to visit a friend who is in hospital. Of course, Bert faffed around so much that we did not leave the house until a quarter to three and he still had to make a delivery of variegated honeysuckle to Montrose. As we drove he tossed me his letter from the hospital to make sure all was in order.

Your appointment is at quarter past four! We're going to have very little time to visit with M....! And you're supposed to have taken a shower. Did you?


We visited our friend. Only had about thirty minutes but that was OK because he was tired. Off to the next hospital. I opted to stay with the dogs and had two books in my bag to keep me occupied. One was forty pages or so from the end, the second one was back up in case I finished the first one.

The first book, We Are Not Ourselves 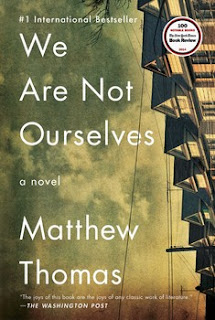 This is an extraordinary book, a slow starter but well worth reading.  I expect I'll finish it tonight. 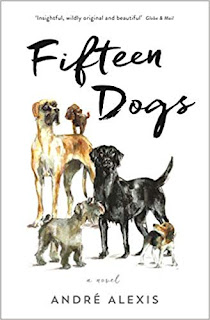 Bert returned with a dressing on his temple about twenty minutes later so this one wasn't even opened. I'll return to it at a later date. Bert has a while to wait before he gets his results. We are not too worried. He is in good hands.

It is a slow starter but well worth it. We need to know who they are before we can appreciate what they are losing, have lost.