First Boxing Day in years that I haven't cooked a three-course meal, instead we had a hot, peppery soup and delicious potato soda bread. Desserts were the sherry trifle and the Sicilian Orange and Almond Cake. I have to say that this has been the best Boxing Day ever. Here are some pictures to remind me... 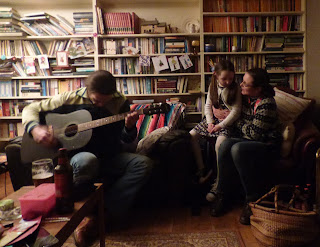 Martha and Fergus working on 'You Are My Sunshine'. 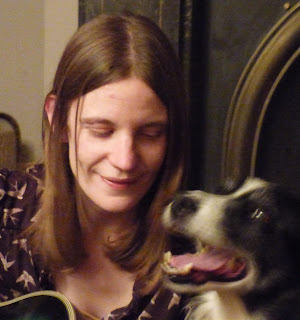 Roy wanted to duet with Hannah but he stank of dead sea bream. 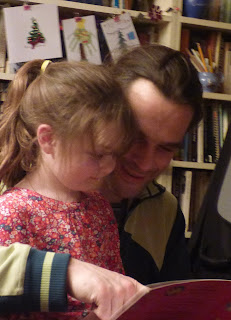 Evie just wanted Fergus to read her a story. 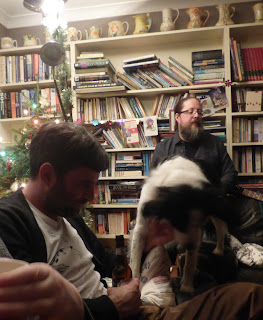 Alan and Jess began the love affair of the year.
Posted by Nelly at 10:02 pm

It was. Martha did not want to go home!

You did right not to over complicate it, sounds lovely
London Sister

I'm pretty chuffed LS. I can have people over on Boxing Day, feed them simply and have a great evening myself. There was still an unbelievable amount of washing up!