Busy day today. Took Hannah to town and shopped in Lidl where the Christmas vegetables were so cheap they were practically free. Got into a conversation with a pleasant lady who informed me that she expected her vegetables to stay fresh until New Year's Day as she planned to keep them in a cold shed. Also bought three more bottles of wine. Will keep them in a cool scullery. 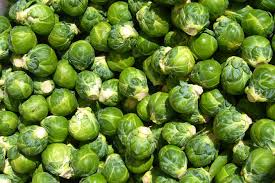 Got home and removed vegetables from packaging and took them to a cold shed where I found Bert fashioning a table from a vintage Singer sewing machine base and a slab of cold marble. I expect this will be my Christmas present.

Cleaned the house to a low standard. Went back into town to pick up Hannah. It was Bert's turn but he was fashioning a table etc. and he also needed to bring the pigs in from the cold field.

Cullybackey. What can I say? It's never easy to get through it at the best of times but five o'clock, a few days before Christmas is far from the best of times. There was a big yellow dump truck in front of us and I was explaining to Hannah that it was a good plan when following a large and bulky vehicle to assume that if it could get through then the medium size van following it should get through too. It has always worked for me. Until today that is. We got as far as the Mace shop when the dump truck stopped. And did not move. After four minutes or so the nose of a white jeep appeared, the driver trying to get between the truck and the Maine Bakery with only a slim chance of making it. Inch by inch the truck moved forward, the jeep was nearly through the window of the bakery and I managed to wiggle into a space in front of the supermarket taking Hannah and I out of the jam. The dump truck got through and the jeep got through, the woman driving it staring straight ahead as she knew she looked like an eejit and there behind the jeep was a huge forty foot lorry. And the reason the traffic had come to a standstill - some dickhead parked outside the chemist, nose to the kerb, arse sticking out a foot and a half from it. There are these stickers you can get that say Parked Like A C**t. I don't believe I've ever seen a more deserving recipient.

Christmas preparations? Made mince pies, bought and wrapped presents. Got the Christmas tree as far as the door and forgot, until just now, to give any thought to the wreath.

Feeling pretty relaxed. Received as gifts bottles of champagne and gin. This is looking like a good Christmas. 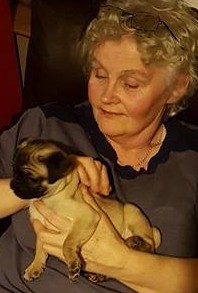 We were visited this evening by three men and a dog. Everyone thought the puppy was pretty cute, except, of course, our own dogs who either ignored her, were afraid of her or, tried to bite her.