I have noted some folks posting their Christmas table settings on social media and very lovely they were too. In fact, I was almost tempted to post my own but, instead of that, I will describe it. The tablecloth was the chicken one I bought from the packman, the plates were my best Poole Pottery ones, just the three of them. The cutlery was lifted pell mell from the drawers and left in a bunch, there were no ornaments other than a jar of cranberry sauce. We helped ourselves from the kitchen island, piled our plates with traditional fare, turkey and ham, brussels sprouts, roast potatoes, carrots and parsnips, gravy, stuffing. The peas did not work out but there was no room for them anyway.

It has been a pleasant, stress-free and chilled Christmas, just as it should be. 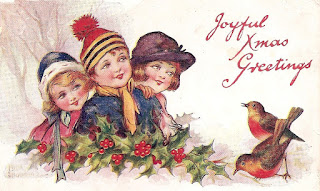 The hens will eat them.