A Calf Is Born

When Martha and Evie came out this afternoon Bert told them it was highly likely that the cow would have her calf before they went home. They stuck to him like glue for the rest of the afternoon, made him fix them up a den and got him to push them everywhere in a cart. Honestly, you would think the man hadn't any work to do! At one point I saw him race past the window, two excited girls in the cart and five dogs bringing up the rear. Round and round the house four or five times. Bert was exhausted. Eventually he sneaked off for a coffee and Martha took the opportunity to check on the cow. She then raced to the polytunnel to inform her mother that the cow was lying down and it was panting and straining. Zoe let Bert know and they all went out to the shed where the girls saw, for the first time in their lives, an animal give birth. They were absolutely delighted. They are calling the new calf, a little heifer, Polly. 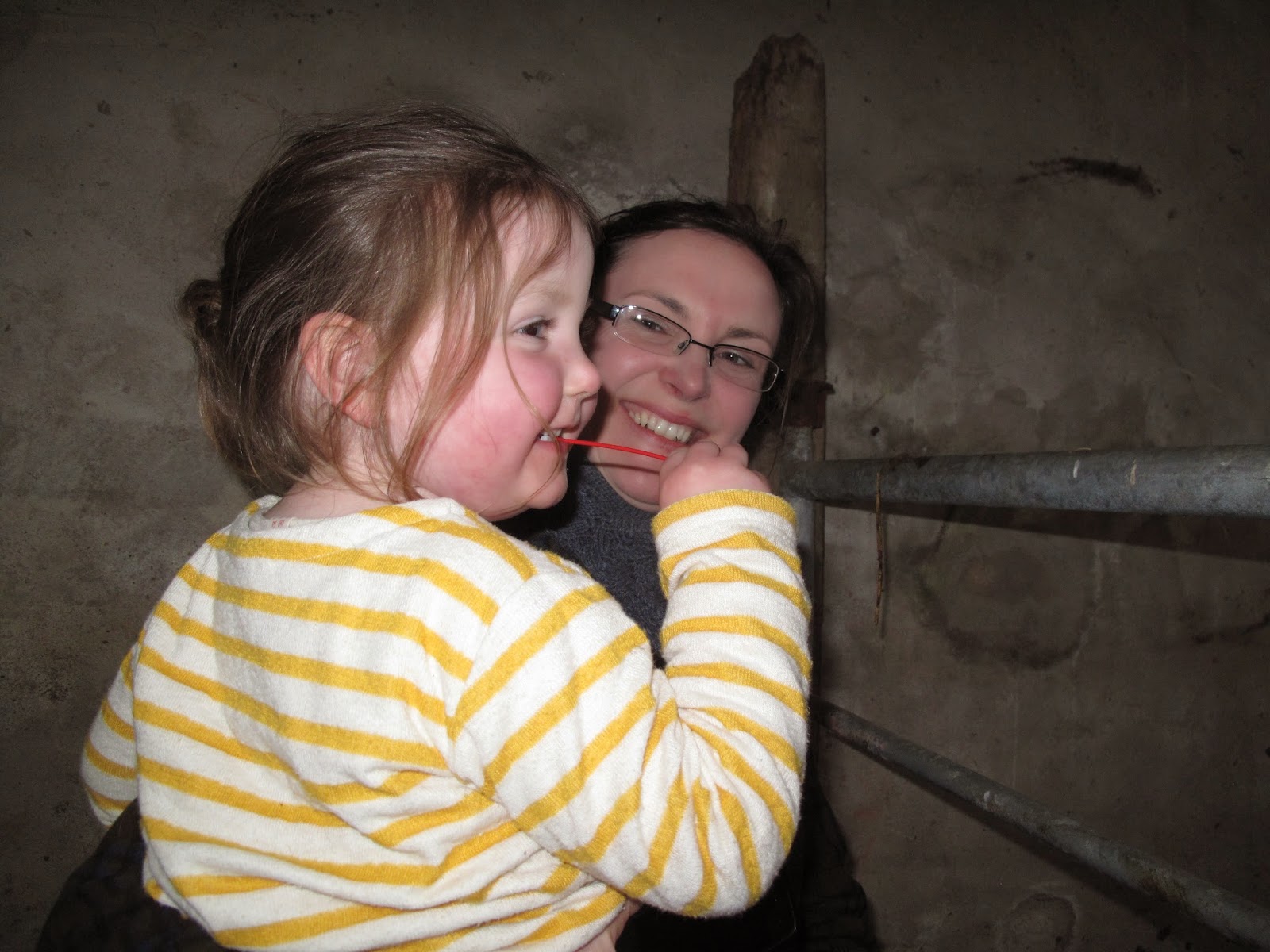 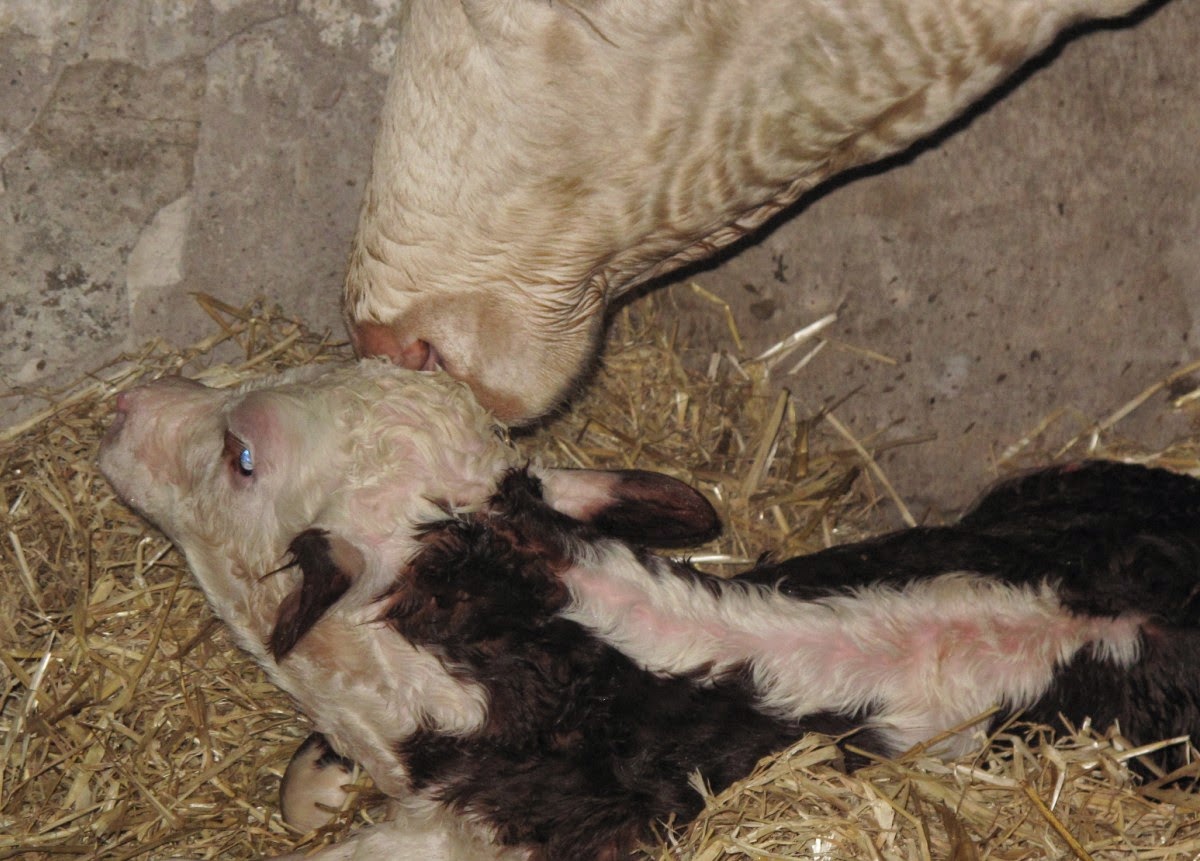 A very exciting day, in my opinion. I love calves! But, somehow, they never want me to kiss them. Funny.

Calves are very special. I'm not sure I'd want to kiss one though. they are very slobbery.

You have to aim for the velvety spot on the top of their muzzle :)
I'm enjoying the Flickr series.