In Praise of Bonnie and Ben

Our godson has been staying with us this past few days and, as always, he is a pleasure to be around. I'm noticing some changes in him. All good. His confidence is increasing. He goes to the shop with me wearing grubby sweats and Hunter wellies. Two years ago he would have been worried that someone who knows him might see him and judge him. Now he doesn't care. I like that attitude.

It was great to have him here yesterday when we were so tired after the supper party shenanigans. He entertained the Misses Martha and Evie for most of the day. They discovered they did not need to keep their shoes on as Ben would carry them wherever they wanted to go. I have told him to knock that one on the head as they are taking advantage of his good nature as well as his strong arms.

He goes home tomorrow. Apparently his mother can be relied upon to make an amazing Easter Sunday dinner. He certainly wouldn't get that here. Not with me in my state of health. Bert says another clean shirt will do me.

Another clean shirt will do him - expression implying that the subject is close to death. Often used in exaggeration, e.g. if the subject has a heavy cold! 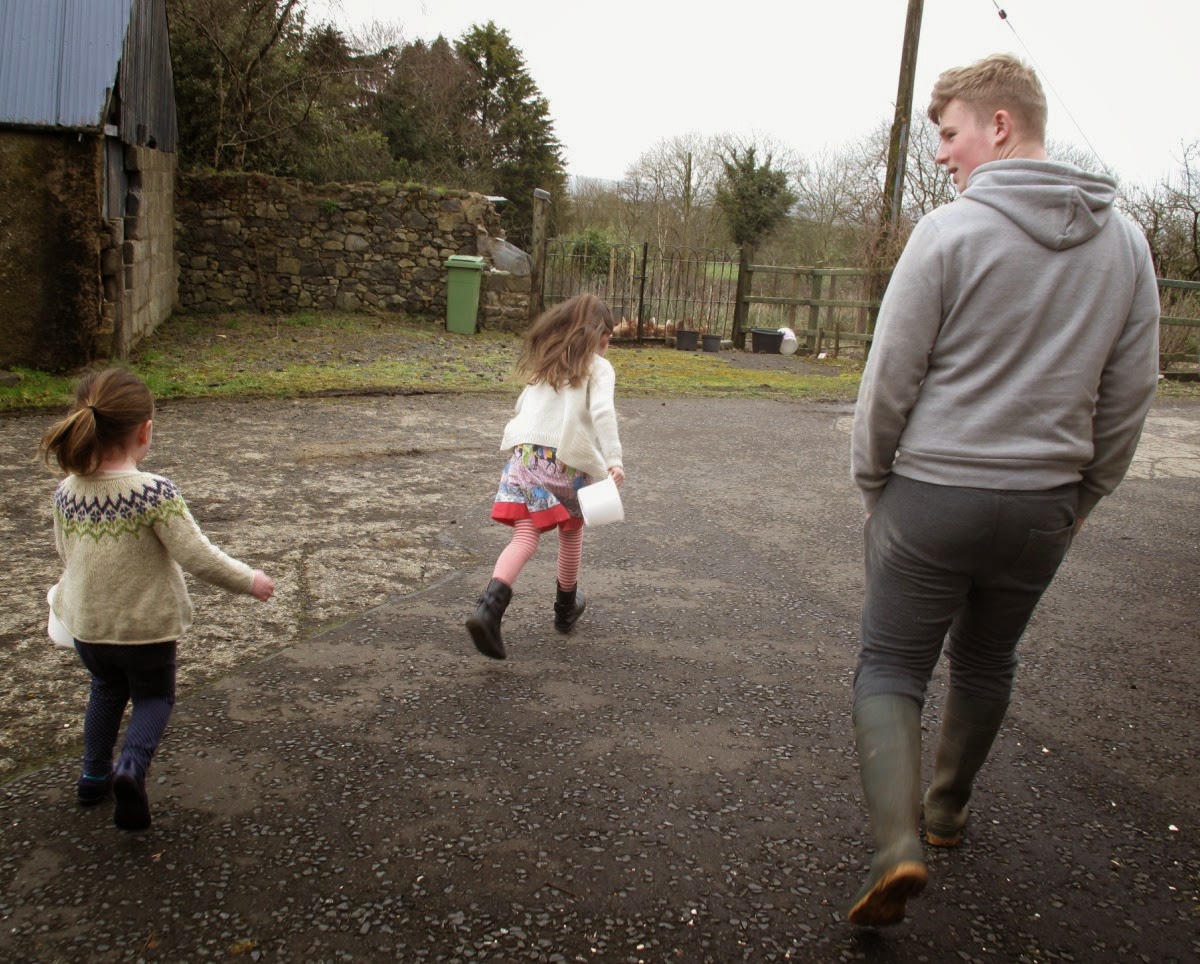 So, back to Flickr. Have to say all the top-rated pictures tend to be rather saccharine although I do like this one, the third most interesting on Good Friday, the 3rd of April. 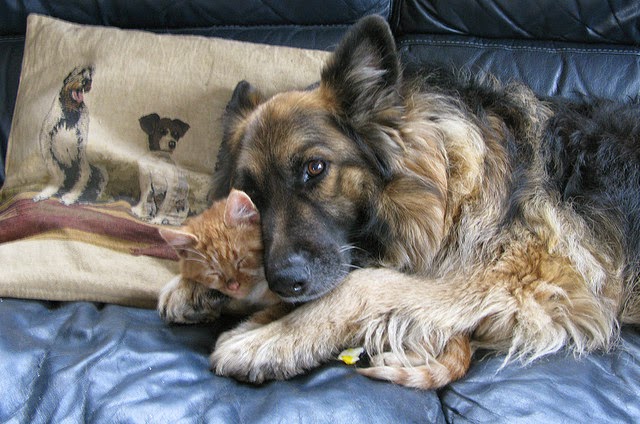 It's the late, much missed Bonnie, one of the gentlest dogs we've ever had, and Fred, when he was a little kitten. This one has been viewed 720 times. That cushion cover was chewed to pieces by Jess and the sofa has been relegated to the poly tunnel. Things change.
Posted by Nelly at 10:55 pm

Though I don't know how to flicker, I am loving these snippets of your life.

Oh. That makes it worthwhile then. Thanks Brighid.