I have spent the weekend building my new garden and, every so often, I'd say something like,

Well, that's everything planted now except for those five.

Then I find a dozen more sitting around. I think all that is left is five campanula looking things, some yellow crocosmia and about ten sweet William. No doubt there will be something else lurking in a corner that will have to be squeezed in.

We have had Ben here for two nights and his mum for one. Ben has proved very helpful carrying heavy paving stones to the new plot and Jazzer has made sure that our glasses brimmed full. I was doing Saturday night's blog when she appeared in my secret, private sitting room and started rummaging in a sideboard. I looked at her curiously.

Bert asked me to get him a beer.


He keeps his beer in that other cupboard.


I quickly published my blog and went to join them all in Bert's public sitting room and was just in time to catch her pouring his beer for him. He said,


I realised what had gone wrong.

It's not even water. It's Holy Water from the monk's special tap in Portglenone. I got it to fill up the Holy Water thingy I got from Matty's so I could bless myself every time I went into my private, secret sitting room.

We had a good laugh about Bert nearly drinking Holy Water and decided that he should learn to bless himself as well although he wasn't much good at it. 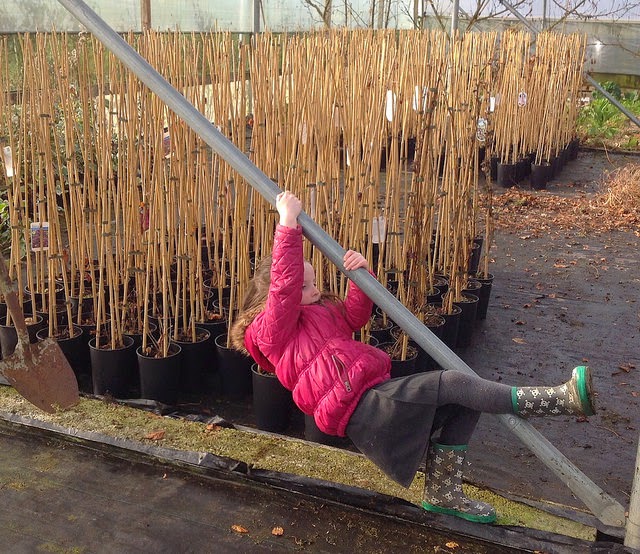 811 views and it's only up about a month

It was these pictures that got me interested in Flickr again. I'd been off it so long, flirting with Instagram, that all my pictures had taken great leaps in their viewing figures. And I could see patterns. Flickr viewing figures have, in general, shot up as the site has changed the way views are counted. For instance, if a person types in the tag 'wellies' vast amounts of pictures appear in front of the wellie-fancier and each image gets credit for a 'view' even if it is barely glanced at. So, these days, numbers of views don't mean much at all. I had noticed that the tag 'wellies' got viewing figures up so I experimented with it. There are other tags too but 'wellies' seemed fairly innocuous. But who knows what goes on in the mind of a wellie-fancier? 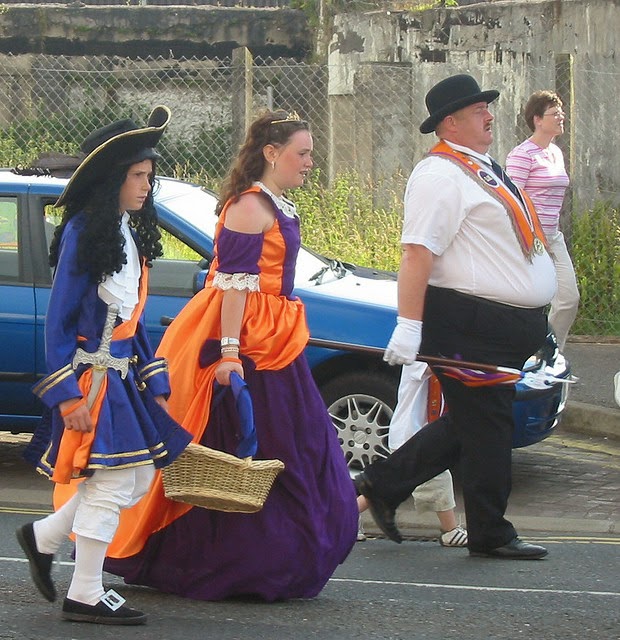 This picture was taken at the time the Orange Order was trying to rebrand the marching season, calling it Orangefest. It didn't really work out for them. Trying to turn the Twelfth into a jolly time for all did not sit well with fighting and rioting against Parades Commission decisions. These two children (adults by now) are dressed as William III and Mary II. The man in the hat is dressed as Oliver Hardy but he doesn't know it.
Posted by Nelly at 9:00 am

Here they put rocks in the fonts during Easter to keep us heathen Catholics from blessing ourselves...

Bert didn't drink it. He is allergic to water. Never heard of putting rocks in fonts before. Actually I'm glad you said 'font' because I had completely forgotten what they were called. Senior moments.