There was a great deal accomplished in Nelly's Garden today and, hopefully, as much again tomorrow.
We had another calf born, a little bull, very handsome. And Ben is here, always a delight to have him around. 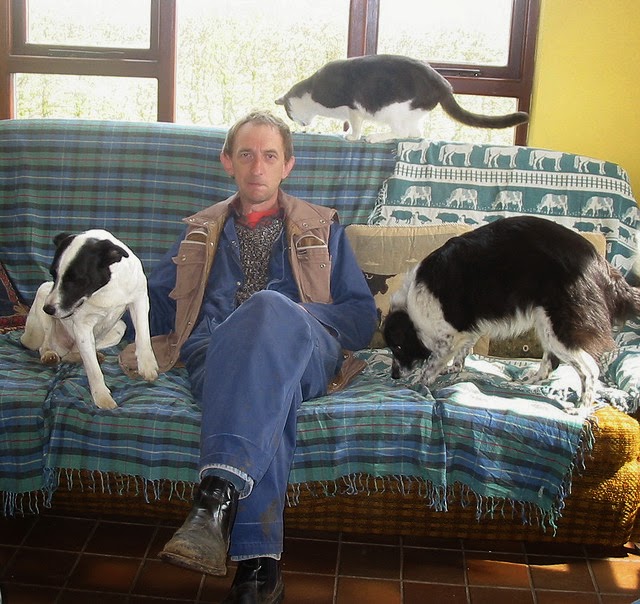 It was 2005 and we were getting ready to move house. Bert is surrounded by Paddy, Harry de Cat and Rosie. They are all gone now, Paddy died in old age but Harry (6) and Rosie (10) were killed on the road outside our present house. These days we take care to discourage the dogs from going near the road. We use an electric fencing system and a collar. Some people might think this cruel but it is fairly effective. Much better to receive a couple of digs from an electronic collar than to lie broken and bleeding on the road. It only takes a couple of days. Even so, yesterday Bert discovered a well-trodden track from the field next to the lawn that led straight down to the road. We suspect it is Jess for she tends to stay out longer in the morning than the other dogs. Bert wasted no time in blocking her access and I intend to supervise her morning run out. Here's hoping. 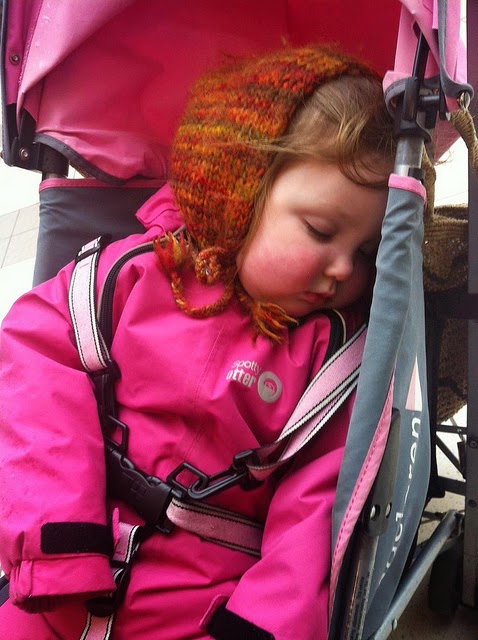 The 17th most interesting image - Miss Evie, tired out after a trip to the Ulster Museum in 2014. She hardly ever naps now. Too afraid of missing something.
Posted by Nelly at 9:43 pm

You're making me tired just reading all that you accomplish. Enjoying the pics.

Evie is precious as ever.

She is much bigger and bolder now.