The most important thing about today is that it is Hannah's birthday. The anagram in the title will tell her age, just a little bit older than the age displayed in the following photograph. Garvagh got it wrong. 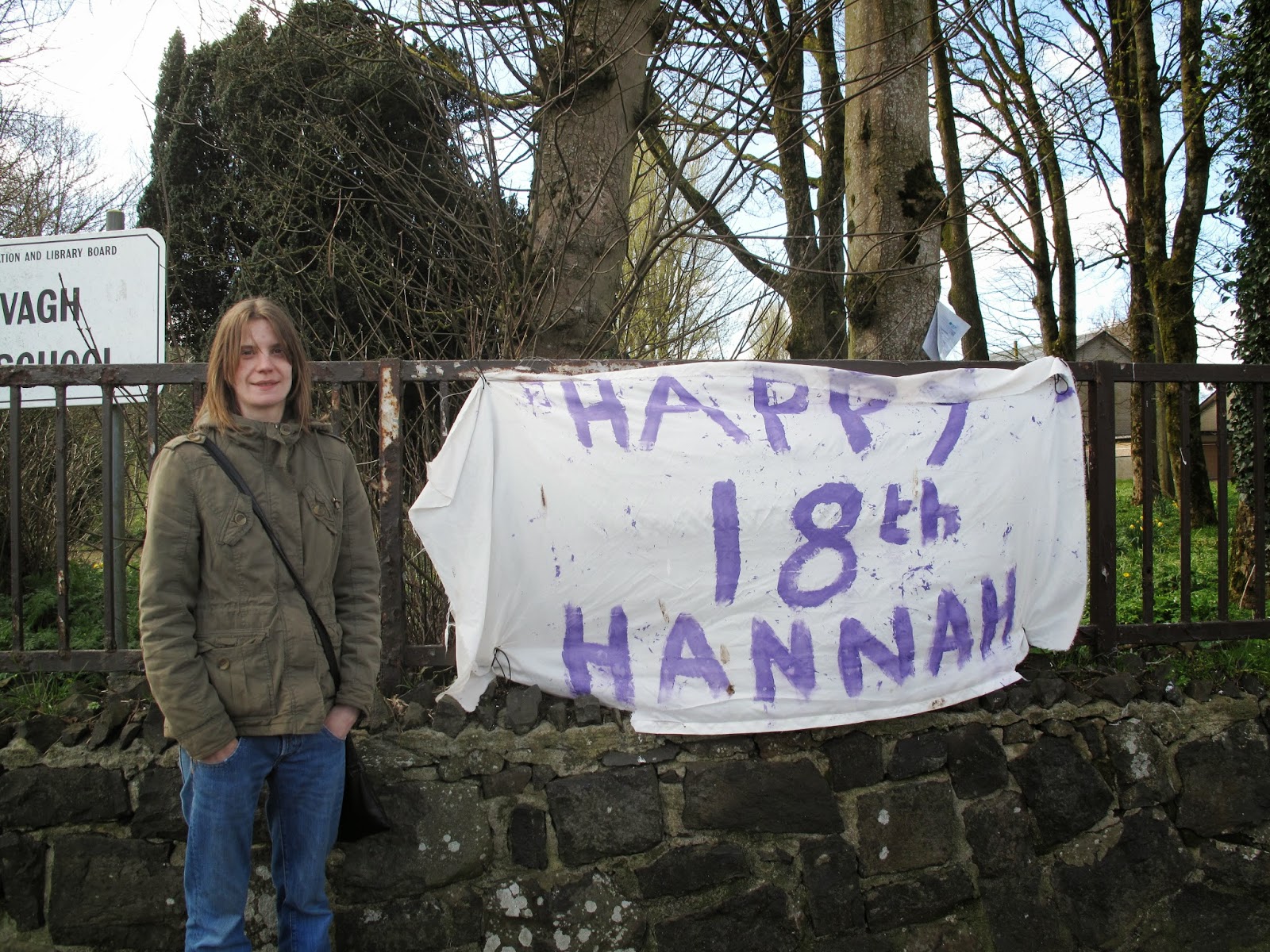 Garvagh I hear you say? What would take a body to Garvagh? It's a terrible place, there are pictures of Gregory Campbell on the lamp posts.

Yet I have to disagree for Garvagh is a delightful village. It has a river and a forest and a pyramid. So what if the kerbs are painted red, white and blue? Nothing beats a pyramid. 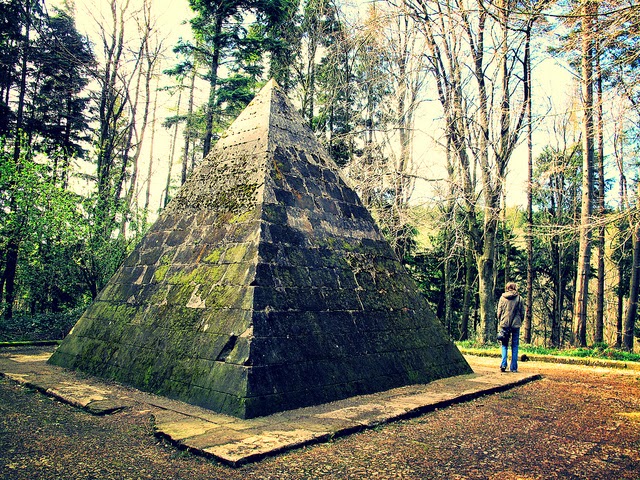 And so to Flickr on Hannah's birthday. It would have been good if Flickr had turned up a picture of the birthday girl but it was not to be. 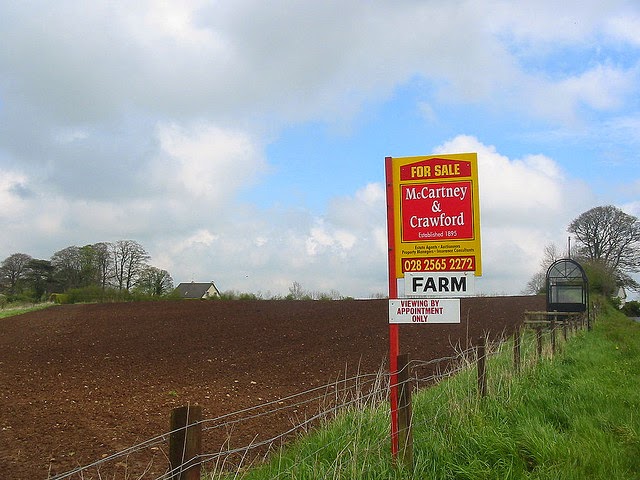 For the longest time this was my most viewed image on Flickr until cute kittens in deco boxes and puzzled Limousins took over. I could never figure out why it had so many views. It was taken ten years ago when we had the previous house up for sale. I could write a very long blog post about what happened but I'd rather not. A lot of people wanted to buy the property and we actually lost a friend over it. In the end Clint bought it.

He has made a few changes. There are fewer trees and more sheds. It's a lot less wild and woolly. It has become what people around here say,


Except maybe for the goats. Goats aren't very Presbyterian. 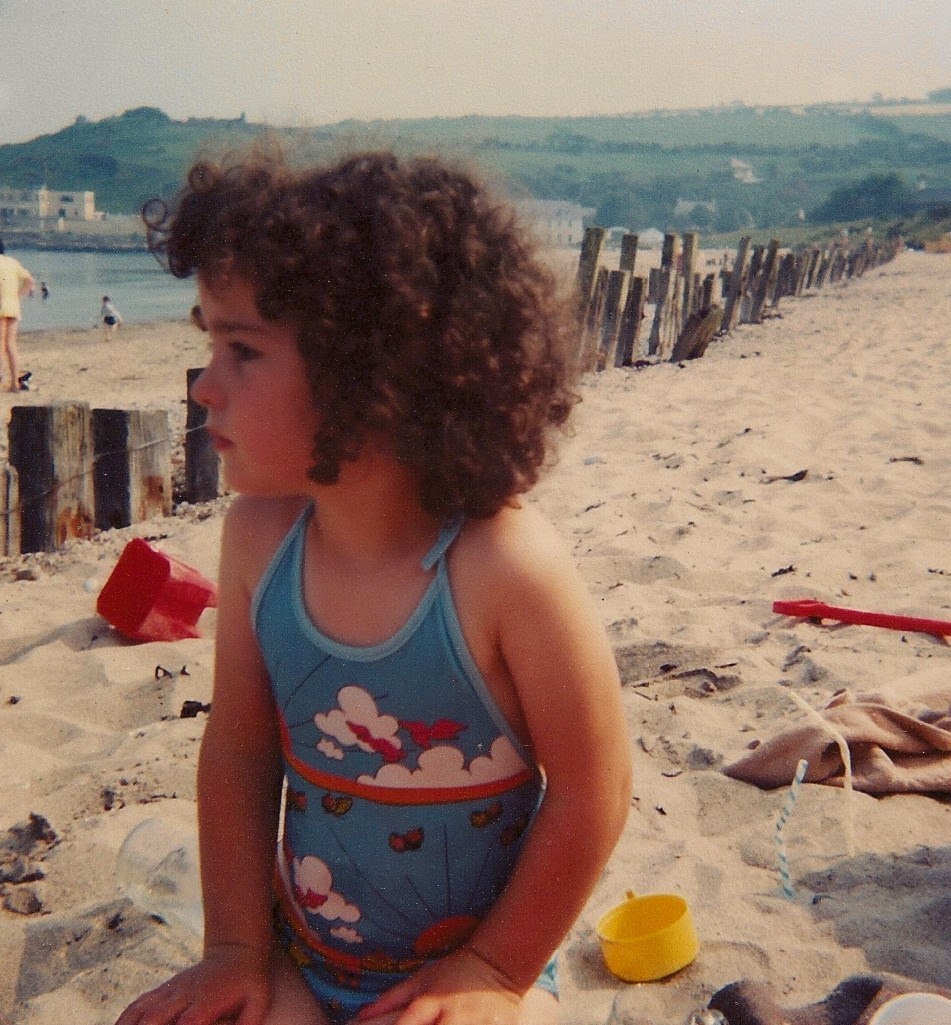 A picture of my middle daughter, the one with the curly hair. She is probably four or five. It is the 15th most interesting of my Flickr photographs. And this is what she looks like today... 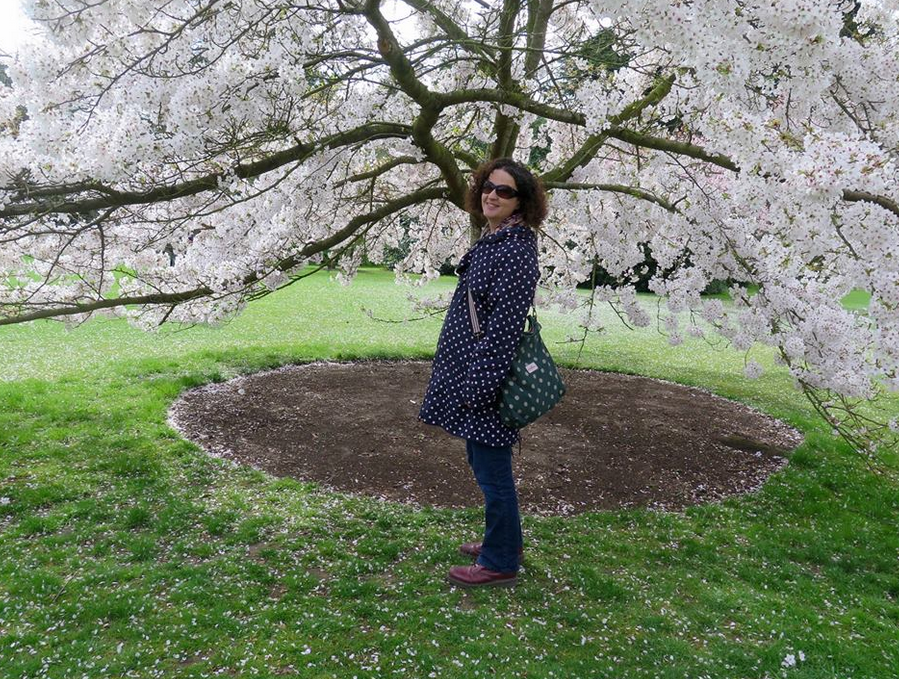 Katy in Cambridge, photo by Ganching

Katy calls this look 'spotty and bumpy' and while the spots are rather obvious, the bump is still pretty neat.
Posted by Nelly at 10:46 pm