There was a 28th most viewed photograph on Flickr yesterday but I didn't share it. It was taken ten years ago when I was far less thoughtful about what I chose to share. It was only a picture taken at a party of a middle-aged man with his shirt off and sitting beside a young woman in her early twenties who was looking at him bemusedly. He was smoking a cigarette. Deletion was the only option.

Now this photograph, the 29th most interesting today, shows an intensely emotional moment in our lives. Bonnie was seriously ill and we were waiting for the vet. A decision had been made.

Bert had already prepared her grave. That took twenty minutes. The rest of the time we sat with her, soothing her.

I used natural light from the window and Bert was quite unaware of the shot being taken. 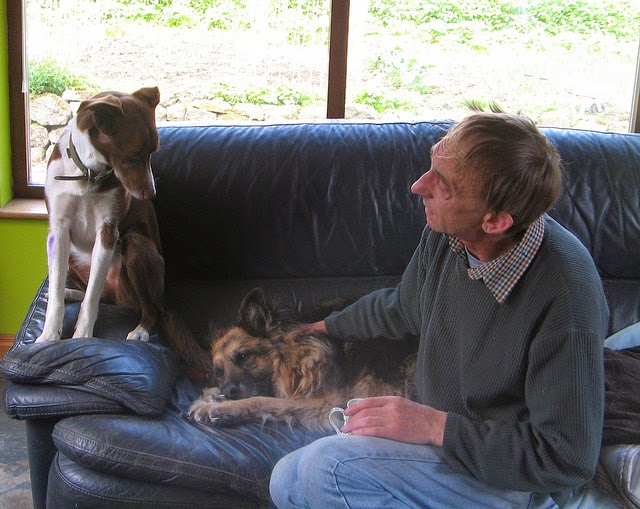 An hour and a half later she was placed in her grave at the top of the garden.

I love the emotion captured in this one.