The 9th of April and I'm way behind on my seed-sowing schedule but when it comes to entertaining, I'm right out in front.

Today's 9th most viewed photograph is a bit of a cheat and I'll tell you why. 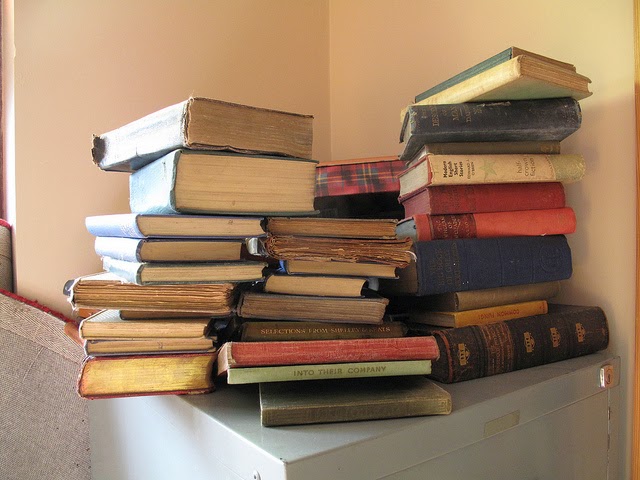 This was originally a picture of Mrs The Wee's trodden upon toe. The toe was trodden upon by her daughter's mare and she lost the tip of it including the nail. It healed rather well but the nail never grew back. Now it turned out, that a few times over the years, foot and amputation fetishists found and favourited the picture and this bothered me. When complete strangers favourite or comment on my pictures they are checked out and if I judge their pictures unsavoury I block them. In the picture's last flurry of interest I considered deleting the image as well as blocking the Flickr user but decided to replace it instead. Those dusty old books have been viewed considerably less than the 1,000+ times attributed to them. It amuses me to see the picture sitting among a collection of mature and warped feet in someone's favourites. The other culprit was blocked as his pictures were NSFW.

Thankfully I never posted to Flickr the picture that illustrates this ancient blog post. If I had it would probably have featured on many a saddo's favourite list. I know I should be more tolerant of other people's predilections but I'm not. So there you go. Like it or lumpen feet it.

The ninth most interesting picture is a far pleasanter subject. 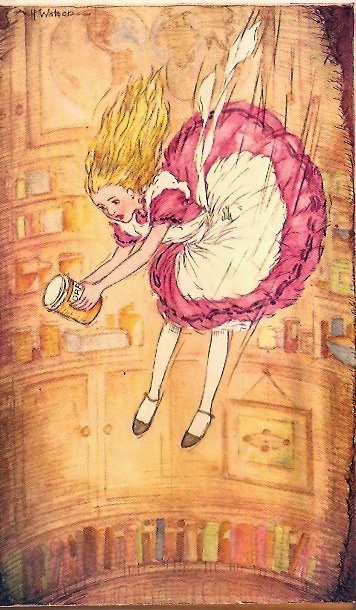 Alice falling down the rabbit hole illustrated by A.H. Watson. I found the book in a charity shop and it is one year younger than me. I particularly like that Alice is wearing a rose coloured dress instead of the cornflower blue dress popularised by Tenniel, Disney et al. I find Watson's illustrations more appealing and less frightening than John Tenniel's work although it was that very quality that appealed to Lewis Carroll when he chose Tenniel to illustrate the Alice books.

So that is how it is - I like my Alice whimsical and my Flickr untainted by the grotesque. No more crazy foot pictures ever. And I'm beginning to have my doubts about the 'wellies' tag.
Posted by Nelly at 11:30 pm