While Bert was strangely unperturbed about being one-third Scandinavian (he doesn't like Ikea but loves a pickled herring) he was utterly astonished when Martha and Evie's father came in this afternoon and announced that he and Bert are fifth cousins. How did he know?

He got sent an email.


Bert couldn't get over this. Why would Dave get an email? Although Bert called it a text as he does not understand communication technology at all.

But why? Why would they do that?
Do what?
Send Dave a text. Do they know that we know each other?


I tried to explain it to him while I was making supper. Cornish pasties, salad, pickled beetroot followed by a sublime apple and blackberry crumble, all fruit courtesy of Les. Thanks, Les!

Bert's a strange one. Finds out he's less than half a Celt, more than a third Scandi, polluted with Angle and doesn't turn a hair. Finds out that he's actually related to his wife's daughter's partner and cannot get over the fact that the company we all sent our cheek scrapings to knows all about us and is sharing our info with thousands of other punters and god knows who else! But sure, it's only a bit of a diversion to stop us brooding on Brexit, the DUP and the US mid-terms.

The good part is, as I pointed out, it means he's actually related to Martha and Evie. Their Cousin Bert. But they'll still be calling him Granda. 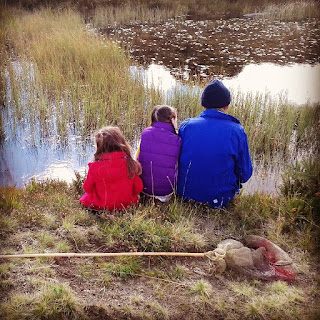 You are such a delightful person. I often leave her grinning as I did today. :)

That's lovely of you to say.