Doing and Not Doing

It was my intention to write a longer blog post this evening but life, in the form of entertaining visitors, got in the way.

Other things that did not go to plan was allium planting. I did get the Senshyu onions in the ground and a few rows of elephant garlic. The hard necks are still to be planted but it's just a matter of plonking them in as the bed is fully prepared. Tomorrow. 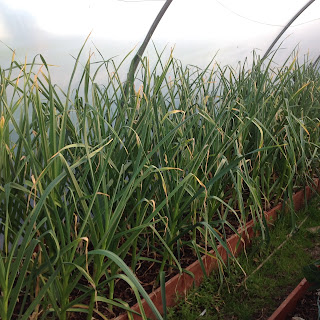 Another unfinished task was the chilli jam. It will be easy enough to complete tomorrow as it's all chopped, vinegared and sugared and just needs to be boiled. First thing in the morning after coffee. It was the entertaining guests got in the way of that one.

I had a couple of forms to fill in but that didn't happen either. I hate filling in forms especially if it's to do with finances.

It is a shame I couldn't just transcribe the conversations of the interesting visitors for that would make a very entertaining blog post but cannot tell as I'm bound by a non-disclosure agreement.

One thing I did do today was to take part in a piece of online research associated with Harvard University. I'd been pondering about how people with racist attitudes tend not to think of themselves as racist. So, as I don't identify as racist I wondered if perhaps I actually am?

The task was fairly uncomplicated and I did it to the best of my ability. On completing, I got a thank you for taking part and was informed that I showed a moderate bias towards people of Arab ethnicity.

Part of the preparation for the task was to think of a person or persons that I considered typical of Arab people. And I chose  Mohammed bin Salman.