Every Picture: The Band and the Critics

Band practice night in Springhill. Well it was. It's over now and they are listening to YouTube. We had Odetta and now Barrington Levy (who he?).

Earlier there were critics in, four year-old twins. The band played The Ziggy Song and Jeanie pronounced it "Awesome... and odd."

Flushed with success the band played the twins The Potato Song. Jeanie said it was "Awful... and stupid." William agreed. 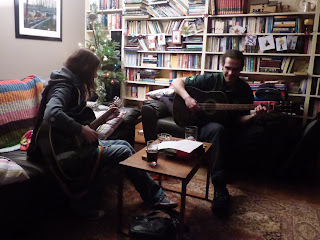 Seems like I'm getting a reggae education. We are now listening to a song called zungg uzungguguzungguzeng. 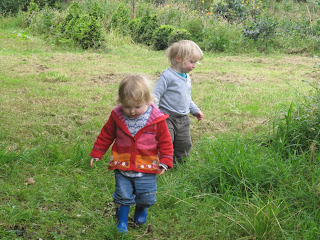 Critics
Posted by Nelly at 9:13 pm