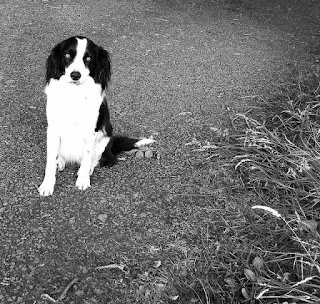 Yippee! Last day and last post of the month and tonight's main topic will be Jess the Sprollie who everyone (except for Rod) thinks weird. I expect it is because she was the one that no one wanted. There were six pups in that litter, one male and five bitches and they were all going to be drowned. Until our friend heard of it. He said he'd take two and when he told us we said we'd take the remaining four and find homes for them. Swisser said she'd take the boy. 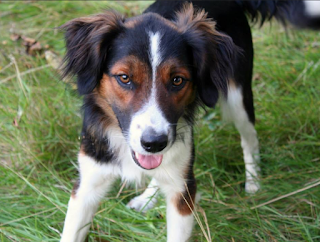 Handsome Rex, who lives between Bradford and Portballintrae 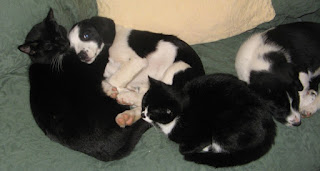 Howard chose Tegan and Pip who had to share their living quarters in rural Magherafelt with a couple of cats. 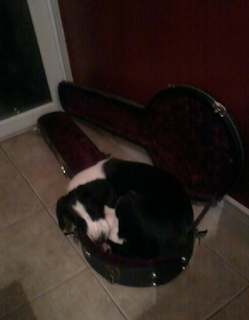 Of the four that came to us the Banjos chose Dora. She lives in Antrim and only rarely sleeps in Marty's banjo case.

Some people we didn't know came to look at the remaining two and they didn't choose Jess. They chose Darcy. 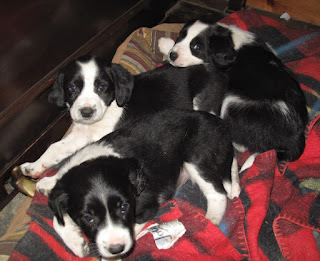 Darcy is the one at the front. Dora is in the middle and Jess is at the back. She was very lonely when Darcy and Dora left. 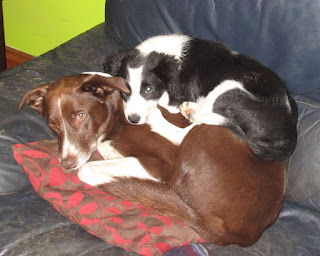 But she still had Judy. 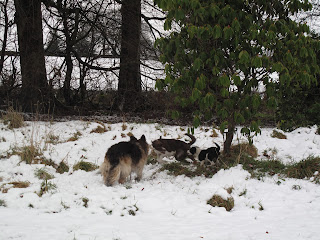 And Bonnie for a little while. 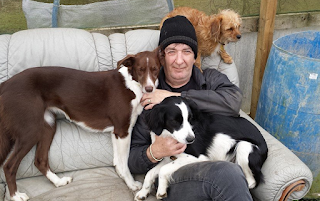 Now Hannah has informed me that I must pay more attention to Jess before she becomes irredeemably weird as there is no one special in her life. Well, she has Rod, who loves her dearly. He loves all the dogs but Jess is his favourite and she knows it. She used to see him very often but these days, not so much. For Rod is a musician and spends a lot of time on the road. 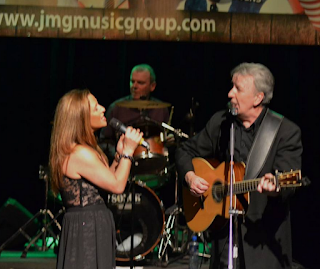 Rod and Tracey on stage. When Rod has to sing sad songs he thinks of Jess and how much he misses her. 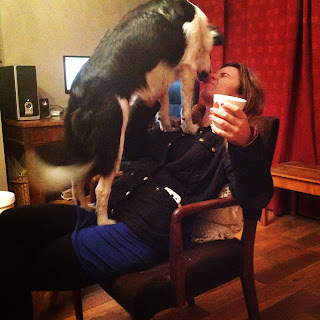 When Tracey has to sing 'Jolene' she thinks of Jess.

Thanks, Mage. Appreciate you saying so.