All the wine and chocolate that I had for my birthday had me feeling rather lethargic today so I did not do much. My achievements were very small. But I have decided that I really must clear a lot of the junk out of my attic and that I will do this two or three items at a time. Today I put one old radio out for recycling to the special bin in the council yard for electrical goods. It will join the incredibly expensive yet ultimately crappy juicer that burned out long before it ought to have. The juice fad is over and done with.

I also binned two teacups from Ikea. It felt strange to do it but I hate them, they are too small and nobody would ever buy them from a charity shop. 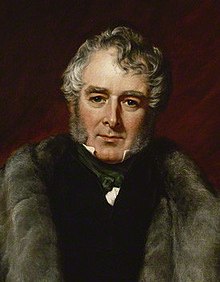 We watched Victoria and I cried profusely when the Queen's spaniel died. I was less moved by the demise of the incredibly attractive Lord Melbourne who grew paler and paler as the episode progressed. Apparently, the real Lord Melbourne was somewhat plainer than Rufus Sewell who played the part in the TV show. For me, Rufus has never been more attractive than when he hammed it up as Seth Starkadder in Cold Comfort Farm. 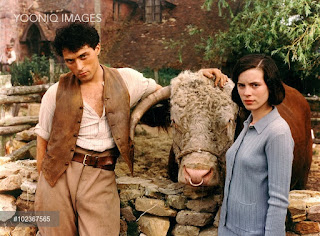 As I dabbed at my eyes during Poor Dash's death scene I said to Bert,

How do you think they got the wee dog to lie so still?

Oh, they'll have shot it.

Dear Bert.
Happy Birthday. I have trouble celebrating mine, but I don't get so sad as the years pass by.

Mage, thanks! Seems our birthdays are very close. Happy birthday to you also. Cathy - you might be right!