Anyway, it's not here yet and the last 64 haven't been that hideous, except maybe for a couple. But, that's another story.

We got back from our little camping break in Murlough Bay yesterday but we did not return home in the vehicle we left in. Instead, we returned in the car of  Martha and Evie's Great Uncle Joe. And a great uncle he certainly is - a great brother too for rescuing us from Ballycastle. Joe is a mechanic and came all prepared to fix the van or tow it home, not realising that it wasn't our regular van. Had it been a London bus he might well have sorted it but not a vintage camper with automatic transmission. Not his area of expertise. Nevertheless, it was great to be rescued even if we had to leave the camper in a garage forecourt. And speaking of garage forecourts, many thanks to Mr Sheskburn* who was kind enough to tell us not to worry and that we could pick up the van whenever it suited us.

That turned out to be today. Our regular mechanic and friend arranged a tow for us (Mate's Rates) and Bert went down to meet the guy in Ballycastle. Of course, the damned thing started at the first turn of the key. This was after he'd paid him too. Sensibly, Bert decided to let it be towed anyway as it was perfectly likely that it might have died again two miles up the road.

Hopefully, Ernie will get her back on the road before winter sets in and we'll get another wee jaunt in her before Christmas. Ugh! That's just where I came in. Still, I'm an optimist. I'll look forward to Boxing Day, my favourite holiday of the year - the one where it's a whole 364 days to Christmas.

Picture totally nothing to do with the post unless I hark back to the doggy stories I told Bert and the girls on Saturday night. Bert reckoned Judy is eight and Jess seven. Nelly's Garden says no. 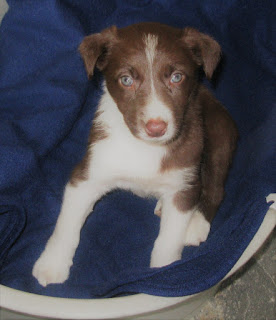 Jess will be five in November. 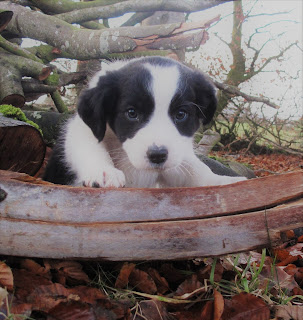 *Mr Sheskburn - I actually called him that to his face. He said,

It was only later on that evening that I realised that Sheskburn was the name of the river that runs through Ballycastle. 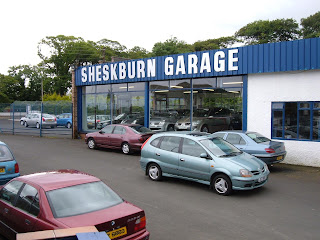 No picture of the van?
Sorry your vacation ended in such a tired fashion. Glad for family and friends.

Just for you Mage. Hope the link works.