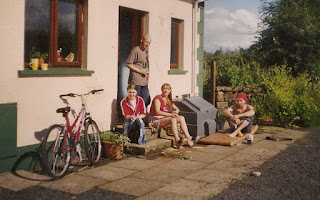 The 19th September - the anniversary of Miss Martha's birth and the sad, sad anniversary of Shirley's death. That photograph was taken more than eleven years ago when Shirley would have been in her very early twenties. If she were alive today she'd be in her mid-thirties, still young. 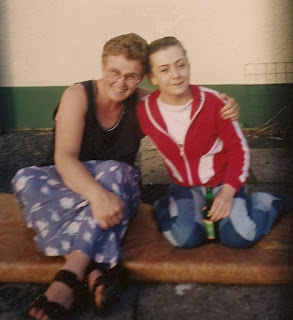 A while ago whilst searching on-line for Susan McKay, for I'd just read her book, Northern Protestants: an Unsettled People, I came across this article. It's a bit sketchy on Shirley's life in Ballymena but otherwise an accurate enough account of some of the events that lead to her death.

And I'll only speak for myself when I say she was let down. She became a lost soul and easy prey for the predator who ended her life. Susan McKay should have concentrated more on Ballymena for it's Ballymena that knows what happened to wee Shirley.
Posted by Nelly at 9:13 pm