I'm from what you'd call a 'big connection'. At the last count I had 51 first cousins. Those cousins have, at the very least, 115 offspring which means my daughters have 115 second cousins.

I heard this recently about a 'big connection' from around Portglenone.

Those McGonigalls are a big connection. Sure you could take a day's shooting at them and there'd still be plenty of them left.

Bert hasn't a big connection. There are only about a half dozen cousins on his father's side and none at all on his mother's side. As a consequence his family kept in touch with their far-out friends. Agnes Jane would have been a far-out friend which means she was probably a third cousin several times removed.

She was a woman who'd never married and had spent all her life on the family farm. To tell the truth she'd never been out much at all. A few church excursions when she was a girl would have been about the height of her jaunting.

When Agnes Jane had to go to hospital it was the first time she'd had any sort of an outing for years. She didn't really mind the hospital as it was sort of interesting and she had all the friends and neighbours coming to see her. One thing she didn't like was the food for she was getting all sorts of things in there that she wasn't used to. One evening Bert's mother and father called to visit her.

"How are ye gettin' on, Agnes Jane?"
"Och not too bad atall. I think I'll be gettin' oot soon and dae ye ken I'll be glad o' it fur ye cudn't ate what they'd gie ye in here."
"Och that's a peety."
"Aye 'tis. They came roon' tae me last nicht and asked me did I want a moose tae ate efter my salad. I says tae them I certainly did not! I says tae them we niver ate meece in Ballymarley yit and I wisnae goin' tae start noo!"

She went on to say, "I seen it too. A wee pink skinned thing on a plate." 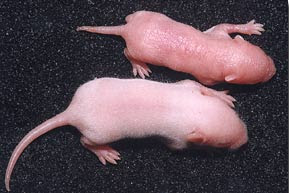 omg wat are those little things haha they are cute i think lol :)