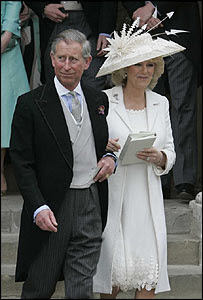 I knew inspiration would come from somewhere. Beauteous Colleague's new name is Ursa Minor - because she's got stars in her eyes, she is often as cross as a bear and she's shorter than her older sister Ursa Major. And don't worry folks - Ursa Minor doesn't mind featuring in Nelly's Garden any more than Bert does, as both of them love being the centre of attention.

The other day She Who must Be Obeyed said, "Ursa's got a new vest top. Apparently it cost £95."

There followed a conversation on the insanity of spending £95 on a vest top.

"She said the label was irritating the back of her neck so I said 'Why don't you cut it off then?' She said 'Cut it off! That's the bit I spent 95 quid on!'"
"Which label was it?"
"I can't remember. Anyway I'd never heard of it."

So I had to ask her.

"What about this 95 quid top then?"
"Oh yes. My Wheels & Doll Baby."
"Wheels and who? Never heard of them."
"Everybody's wearing it. Victoria Beckham, Rachel Stevens."
"And Jodie Marsh, I suppose. And Jordan?"
"Oh yes - everybody. The slogan goes 'Clothes to snare a millionaire.'"
"Well I never heard that name until today. I suppose it's a generation gap thing. Have you heard of Robinson Valentine?"
"Nope."